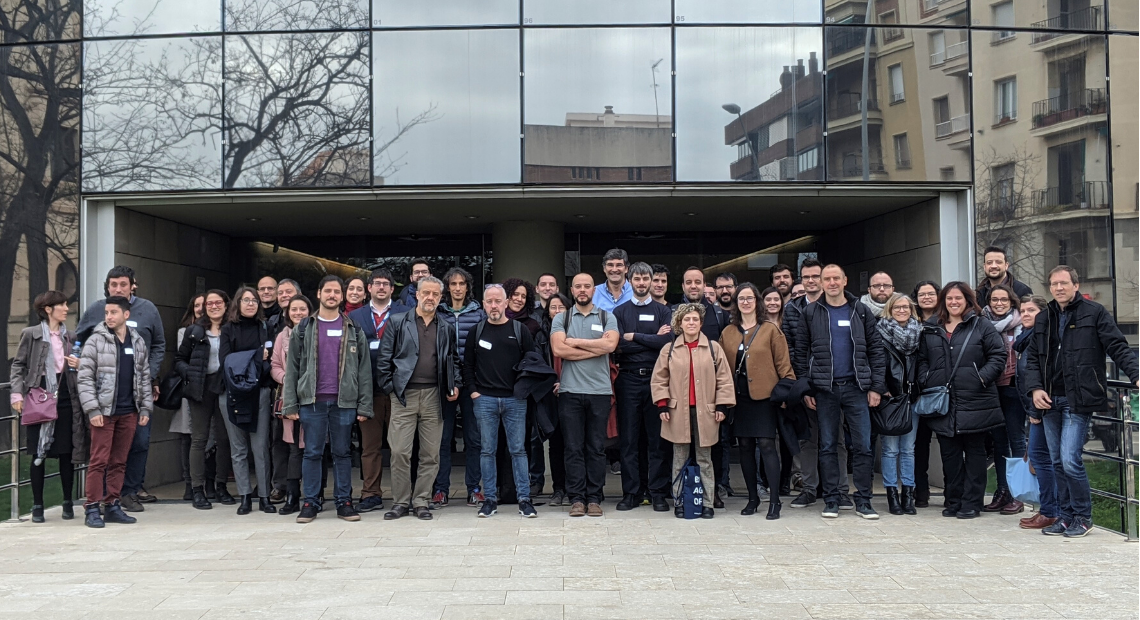 The kick-off meeting of FEM IoT project was held on March the 4th, 2020, in Barcelona. FEM IoT is an EDRF co-funded project that stands for “Fostering the Emerging Market of Internet of Things“.

The IoT (Internet of Things) is an emerging industry based on drive technologies such as high speed and high coverage connectivity, high computing power, low power consumption, data analytics and learning technologies. It is associated with social challenges such as industrial competitiveness, convenience for automation, sustainable mobility, reduction of energy consumption and digitalization of society.

The project has a total budget of 4 M€ and will run for 3 years. The consortium is formed by 12 research centres and universities from Catalonia, including I2CAT (the coordinator), UPC, UPF, UOC, URV, BSC-CNS, CIMNE, CTTC, CVC, EURECAT, LEITAT and IREC.

IREC is involved in the sub-projects of FEM IoT:

– P1 (led by Alex Morata from the Nanoionics and Fuel Cells group): Infrastructures of the connected street, aimed at defining, implementing and developing infrastructures for the future smart cities.

– P2 (led by Cristina Corchero from the Energy Systems Analytics group): Valorisation of IoT data, with the goal of integrating and connecting heterogeneous data analysis platforms to build large-scale interoperable ecosystems for IoT.

The project is co-financed by the European Union through the European Regional Development fund (ERDF) Operational Programme Catalonia 2014-2020 and supported by the Secretary of Universities and Research of the Ministry for Business and Knowledge of the Government of Catalonia.